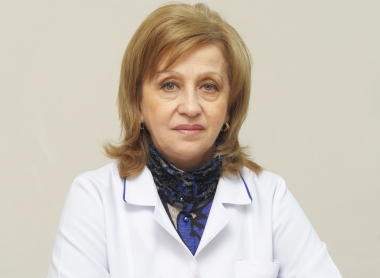 1972 - Graduated from YMSI, general medicine faculty.
1973 - Finished internship on obstetrics and gynecology.
1974 - Accepted as an obstetrician –gynecologist in RCMCHP.
1974 - up to present - works in RCMCHP.
1985 - After qualification improvement works as a sonographist in the laboratory of functional diagnostics.
1993 - Head of laboratory of functional diagnostics.
1994 - Got candidate degree (Ph.D. equivalent) on "Prognosis of prenatal pathology in pregnant women in the first trimester of pregnancy".